Berman noted, “While financial leverage is uncomfortably high, liquidity will be helped by the recently announced second-lien note transaction and sale of common stock. We estimate this will raise net proceeds of ~$47M, which will be used to repay borrowings under the credit facility (which had $187M drawn as of February 27, 2015) and for general corporate purposes. At YE14, GDP had $109M of liquidity ($121M drawn on the $230M revolver). Pro forma for the reduced borrowing base, second-lien transaction, and equity raise, liquidity is ~$115M. GDP will also have the ability to issue another $75M of the second-lien notes in the future without a further reduction in the borrowing base. Liquidity could be further enhanced by the sale of the Eagle Ford assets and/or a TMS JV, but these are more likely to happen in an improved oil price environment.” 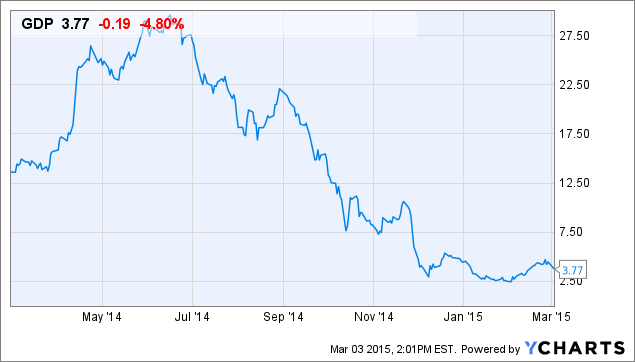