In a research report issued on March 16, Canaccord Genuity analyst Neil Maruoka maintained a Buy rating on Valeant Pharmaceuticals Intl Inc (NYSE:VRX) with a price target of $230, after the pharmaceutical company increased its bid on Salix Pharmaceuticals, Ltd.

Maruoka explained that Valeant raised its all-cash offer for Salix by 9.5%, increasing its bid from $158 per share to $173 per share. The boards of both companies have agreed on these terms as long as the deal is satisfied by April 8. Valeant increased its offer for Salix after Endo made a competing offer. However, Maruoka believes that “Valeant’s all-cash offer provides more certainty for Salix shareholders and a faster close, as it is not dependent on additional due diligence.” He does not think Endo will raise its bid because of the high termination fee for Valeant’s deal. 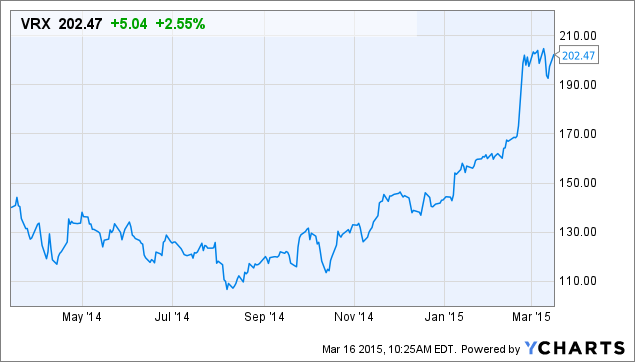