In a research report issued today, Canaccord Genuity analyst Mark Massaro assigned a Buy rating on Cepheid (NASDAQ:CPHD) with a price target of $58.00.

Massaro said, “CPHD reported a strong beat-and-raise Q3/14, announced it had signed a second major deal with another large national reference laboratory, and announced it is in talks with a prominent NGO to develop an Ebola test. We believe CPHD remains in a significant growth stage and is well positioned to convert more business globally.”

According to TipRanks.com, which measures analysts’ and bloggers’ success rate based on how their calls perform, analyst Mark Massaro has a total average return of -3.2% and a 50.0% success rate. Massaro is ranked #2561 out of 3336 analysts. 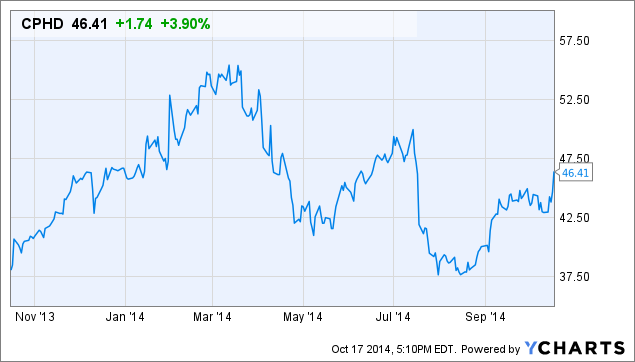