As such, Graham cuts his price target on P from $11 to $8.00. However, the analyst keeps his rating at Buy, as the new target still implies an upside of nearly 80% from current levels. (To watch Graham’s track record, click here)

To the company’s credit, 4Q revenue topped the consensus revenue estimate by 5% on higher monetization of audio and display ads plus contribution from video, as well as higher subscription revenue.

Graham commented, “Pandora’s Q4 results showed some promising signs, with an all-time high in RPM (driven by improving audio and display pricing), recent launch of a programmatic audio platform, and late-quarter engagement help from new products like Premium Access. That said, P is still early in ongoing efforts to “stabilize, then grow” the listener base (listeners continued to decline y/y) and we think this is a key prerequisite for the stock to begin working. In addition, Q1 guidance calls for a much greater EBITDA loss than we were expecting, and we are generally trimming all our estimates for the next few years. While the ongoing transition will likely keep a lid on the stock for now, we still see value in the large, engaged listener base and will look for signs of stable growth and profitability to create a more timely entry point.”

Out of the 26 analysts polled by TipRanks (in the past 12 months), 9 rate Pandora stock a Buy, 16 rate the stock a Hold and 1 recommends a Sell. With a return potential of 95%, the stock’s consensus target price stands at $8.75. 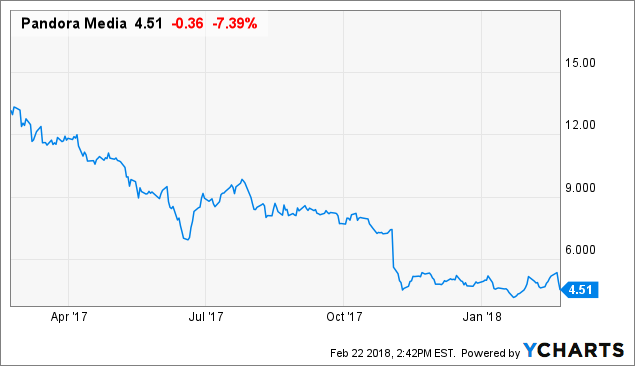