Walkley observed, “Our wireless surveys indicated steady supply of BlackBerry’s new Classic smartphone with pockets of solid sales offset by soft initial sales in the U.S. market. Given the somewhat limited supply of the Passport and Classic combined with Blackberry recognizing hardware revenue on a sell-through basis versus shipments into the channel, we slightly lower our Q4/F15 hardware revenue estimate.”

Furthermore, “Despite our updated expectations for lower sales levels for the lower margin hardware business in Q4/F15, we believe Q4/F15 could mark the low point for hardware sales. Despite our expectations for gradually improving hardware sales and margins in F2016 due to new product introductions, we anticipate BlackBerry will continue to post operating losses through F16 given the steep decline in the higher margin Services business only partially offset by growing Software sales.” 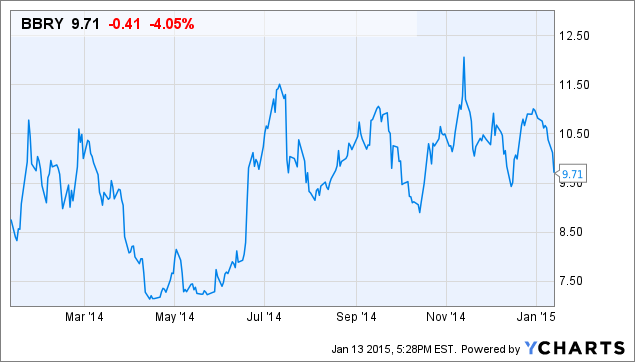