In a research report issued today, Canaccord Genuity analyst Gregory Miller maintained a Hold rating on AT&T (NYSE:T) with a $34 price target, as the company announced its intention to acquire the Nextel Mexico wireless business of NII Holdings for $1.875B less outstanding debt of the business at closing.

Miller noted, “Following the closing of the $2.5B Iusacell deal announced late last year, this proposed transaction would add another 3M subscribers, network assets and retail stores, and, more importantly, spectrum licenses with a network currently covering about 76M POPs to AT&T’s emerging Mexican operations. While we believe the acquisitions makes sense within the context of the company’s strategy to create the first-ever North American Mobile Service area covering the US and Mexico, it is too early to determine how impactful this acquisition will be to the near-term financials. We expect additional details to be provided when the company reports 4Q14 earnings tomorrow afternoon.” 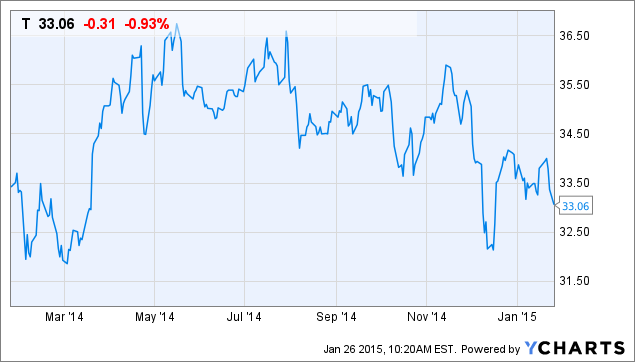