Canaccord Genuity analyst Michael Walkley weighed in today with a favorable report on Nokia Corporation (ADR) (NYSE:NOK), after the company reported second-quarter results above Walkley and consensus estimates driven primarily by a strong Q/Q improvement in Networks division margins. In reaction to the earnings release, shares of Nokia are rising 6.37% to $7.01 as of 3:00 p.m. EDT today.

“Finally, with the upcoming Alcatel Lucent acquisition gaining regulatory approval in 11 countries including the US and the European Commission, we believe the acquisition remains on track to close by 1H/C2016 with the combined company anticipated to deliver its €900M cost synergy target by 2019. Following strong Alcatel Lucent Q2/15 results also announced earlier today, we have updated our combined company model that assumes the acquisition closes starting in Q2/2016.” , the analyst continued.

Walkley reiterated a Buy rating on NOK with a $10 price target, which implies an upside of 43% from current levels. 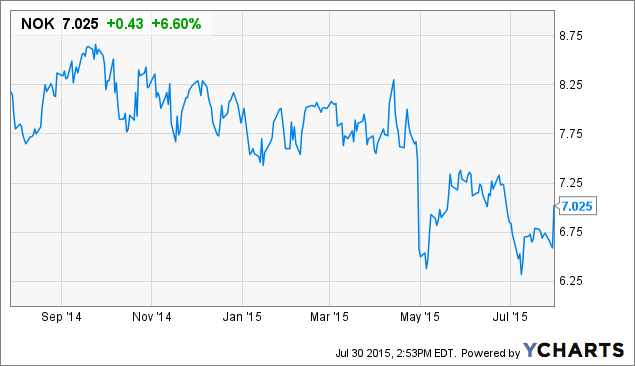