Baldry observed, “In our view, adding customer surveying capabilities to enhance CALD’s clients abilities to evaluate the successes of their sales efforts and development plans (among other initiatives) appears a strong fit for CALD’s current offerings. With added functionality targeting improved CRM integration, we see the overall strategic fit of Clicktools as strong. Clicktools also adds access to its own 500 customers for CALD to cross-sell to and bolsters CALD’s international operations as a U.K.-based company.”

The analyst added, “Shares are trading at 3.9x run-rate revenues (net of net cash) after a 30% decline in valuation from recent highs, and still sharply below the 5.4x peer average. We believe CALD’s recurring revenue growth acceleration in 2014 will drive its valuation closer to the SaaS leader group which still trades readily between 6-8x run-rate revenues or higher.” 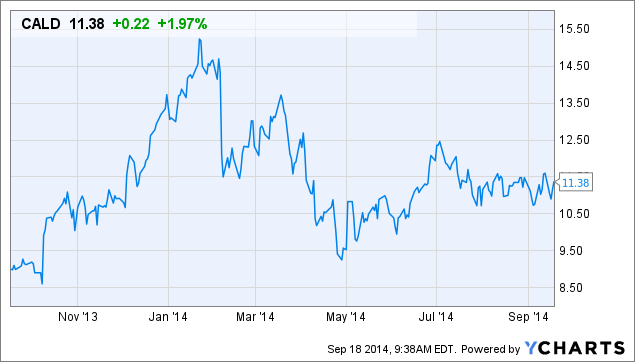