In a research report issued today, BTIG analyst Mark Palmer reiterated a Buy rating on On Deck Capital Inc (NYSE:ONDK) with a price target of $25, which represents a potential upside of 91% from where the stock is currently trading. The report comes after provided its preliminary second-quarter business update yesterday after market close.

Palmer wrote, “Shares in OnDeck Capital have declined by almost 35% since the company reported a 1Q15 earnings beat on May 4 while posting record loan originations. We believe that weakness may have been due in part to misguided concerns that the lower average rates reported by ONDK during 1Q15 reflected increased competition in the online small business lending space, an issue sparked by a media report that we addressed in a blog post on May 5.”

“With ONDK now trading more than 53% below its high on the day of its December 2014 IPO, the company yesterday after the market close provided preliminary 2Q15 gross revenue and adjusted EBITDA estimates well above the guidance management had provided in conjunction with its 1Q15 report.”, the analyst added.

Out of the 7 analysts polled by TipRanks, 5 rate On Deck Capital stock a Buy, 1 rates the stock a Hold and 1 recommends Sell. With a return potential of 103%, the stock’s consensus target price stands at $26.60. 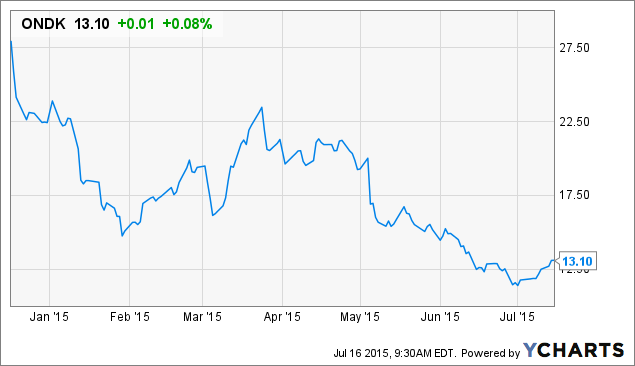