Singh stated, “KERX FY14 earnings press release little information on Auryxia (ferric citrate) launch trends, the primary focus of the Street. While 2014 numbers might be low priority, a couple of items in the press release caught our eye and stood out, the main being the larger than expected increase in SG&A in 4Q14, which we view as unsustainable.”

Furthermore, “Sales and earnings expectations for 2015 have come down dramatically since Auryxia launch, with FY15E consensus Revenue expectations at ~$75m in early December 2014 and now $53m three months later. While this might create a lower 2015 bar for the Co, we are increasingly concerned regarding the potential for Auryxia. For a differentiated product – as it is seems to be – relentless downgrades to analyst estimates (we have not downgraded ours yet) is not a sign of bullishness.”

According to TipRanks.com, which measures analysts’ and bloggers’ success rate based on how their calls perform, analyst Hartaj Singh has a total average return of 11.3% and a 33.3% success rate. Singh is ranked #1763 out of 3483 analysts. 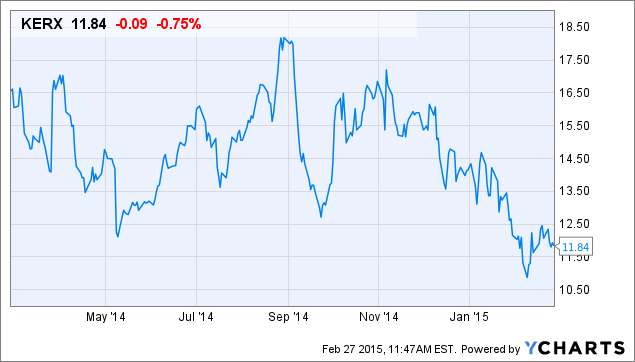