BTIG analyst Mark Palmer maintained a Buy rating on MBIA Inc. (NYSE:MBI) with a price target of $12.00, following the company’s fourth-quarter results, posting EPS of $0.10, beating the consensus estimate of $0.07 while missing BTIG’s estimate by a penny.

Palmer observed, “Given the steep discount at which MBI shares trade, the company’s buybacks are highly accretive and bolster the investment case for the stock. We believe the share repurchases that MBI executed between the beginning of the year and February 26 bode well for the company’s 1Q15 operating results, as does the $133m that the company had left on its buyback authorization following those purchases. Moreover, the $498mm of cash that MBI had on its balance sheet as of December 31 should provide it with even yet dry powder.” 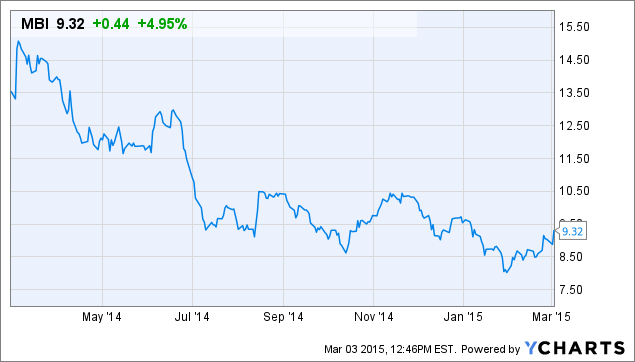