In a research report released Thursday, BTIG analyst Dane Leone reiterated a Buy rating on shares of Celgene Corporation (NASDAQ:CELG) with a price target of $138, after the healthcare giant reported fourth-quarter earnings report, with EPS coming in at $1.61 (non-GAAP) and $5.94 (non-GAAP) for 2016. Guidance was maintained for 2017, as was longer term guidance for 2020.

Leone  noted, “Weak growth of Revlimid sales OUS during 4Q16 became a focal point for investors, despite guidance for mid- to high-teens growth for Revlimid during 2017 (global). Although the seasonality of Revlimid sales during 4Q16 was high relative to history, we would not let it distract us from significant clinical catalysts expected during 1H17, namely the Phase III topline results for Ozanimod. We reiterate our Buy rating and $138 PT as we are positive on a number of clinical developments for CELG during 2017.” 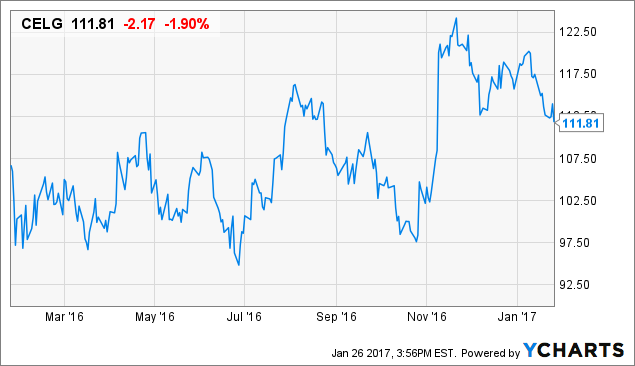