BTIG analyst April Scee was out pounding the table on Herbalife Ltd. (NYSE:HLF) Friday, reiterating a Buy rating and price target of $55, which implies an upside of 56% from current levels. Herbalife shares are currently trading at $35.99, up $2.74 or 8.24 percent.

Scee noted, “We believe HLF is trend-right, has a powerful route to market & can innovate its way into the future (& Millennial’s hearts). There hasn’t been much talk about growth recently, but we see a strong opportunity. ‘14 was first year since the late 80s HLF didn’t enter a new country. We see opportunity, esp in Africa.” Furthermore, “Given strength of Health & Wellness trend, we see add’l product/consumer opportunities that remain close to the core.” 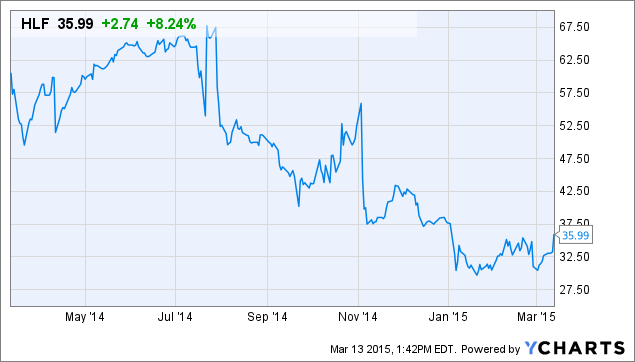