BTIG analyst April Scee weighed in today with his thoughts on Avon Products, Inc. (NYSE:AVP), as the company postponed its May 13th Analyst/Investor Day and the introduction of Executive Vice President and Chief Financial Officer Jim Scully to investors. Avon shares are currently trading at $9.00, up $0.99 or 12.36%.

Scee observed, “We’d been concerned Investor Day would either provide either too few details or that any guidance would lack credibility given Scully’s limited tenure. Although the postponement could (further) weight on sentiment, we do believe it was the prudent move.”

The analyst also noted that “Our hope during the search was that the new CFO would be willing to question status quo & have leeway to do so. Any detailed guidance at a May Investor Day would have likely suggested Scully had largely adopted the pre-existing views of the C-Suite. To the extent this move suggests Scully will enact/accelerate change, this would be a positive longer-term. In addition, the delay likely means Avon will provide a detailed roadmap when Investor Day is rescheduled – something that would have been impossible to deliver with conviction in May.”

The analyst rates the stock a Buy, with a price target of $14, which represents a potential upside of 75% from where the stock is currently trading.

According to TipRanks.com, which measures analysts’ and bloggers’ success rate based on how their calls perform, analyst April Scee has a total average return of 5.8% and a 75.0% success rate. Scee has a -10.2% average return when recommending AVP, and is ranked #1378 out of 3574 analysts. 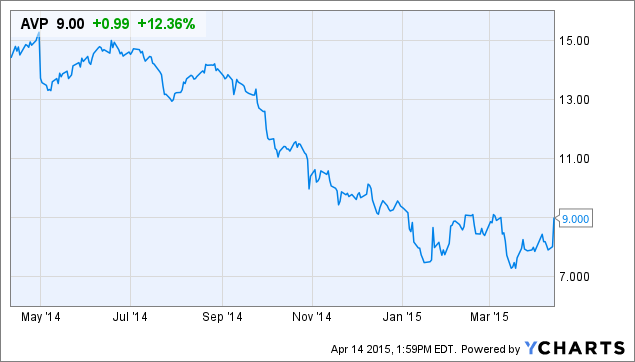