In a research report sent to investors today, BTIG analyst William Frohnhoefer maintained a Hold rating on RadioShack (NYSE:RSH), following the news that the company was offered a $500 million loan by Salus Capital Partners. No price target was provided.

Frohnhoefer noted, “The message that we think Salus is sending here is confidence that RSH will fail its liquidity test, leaving the new Salus proposal as the only option for survival. The new Salus offer is not new money: it would simply replace the existing Standard-General led debt financing with debt owed to Salus. Because it is a DIP, it effectively requires a Chapter 11 filing to gain access to any further liquidity, which would result in a definitive event of default and the wiping away of any potential equity value.”

The analyst continued, “If RSH truly does fail the liquidity test, we think the best shareholders can hope for is the reopening of negotiations with the Standard General-led creditor group. Because the existing agreement was a last-ditch effort to begin with, and because failing the test would erode confidence further, the likelihood would be that RSH would have to choose between two DIP facilities – the conversion of the Standard General loans into a DIP or the DIP on offer from Salus.”

According to TipRanks.com, which measures analysts’ and bloggers’ success rate based on how their calls perform, analyst William Frohnhoefer has a total average return of 29.1% and a 50.0% success rate. Frohnhoefer is ranked #407 out of 3420 analysts. 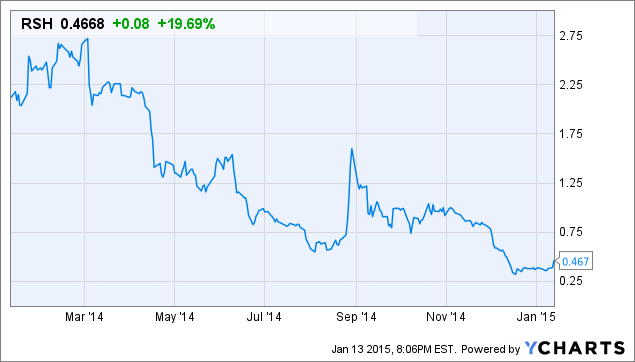