With Genworth Financial Inc (NYSE:GNW) preparing to release second-quarter earnings on Tuesday after the market close, BTIG analyst Mark Palmer weighed in today with her views on the stock’s performance. The analyst rates GNW a Buy with a price target of $15, which represents a potential upside of 114% from where the stock is currently trading.

Palmer noted, “If history is any guide, Genworth Financial will need to string together several quarters of stable results for the stock to recover from the seismic shock that erupted last July with the revelation of a significant increase in the severity of long term care (LTC) claims. Such had been the case in 2012 when GNW shares plunged to as low as $4.32 following a surprise loss at its Australian mortgage insurance unit that delayed its plans for a partial IPO, then the stock stagnated until after the Australian unit posted a couple of solid quarters.”

“In that case, GNW shares proceeded to rise by almost 240% over the next year and a half. While we do not anticipate a rebound of that magnitude at this point, we do believe another quarter of stable performance from the LTC unit following the one it reported for 1Q15 could provide much-needed support for the stock while management hashes out GNW’s future direction.”, the analyst added. 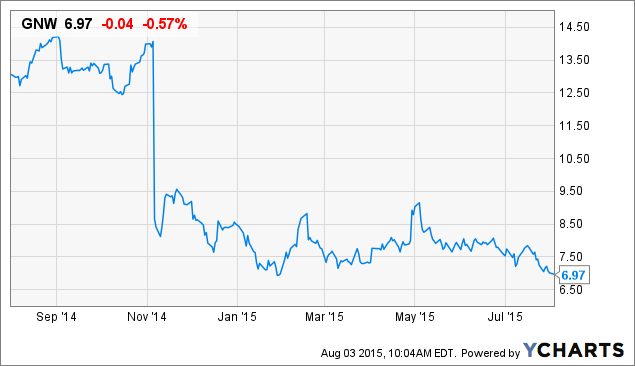