Brean Capital’s healthcare analyst Difei Yang weighed in with a few insights on Zogenix, Inc. (NASDAQ:ZGNX), after the company released its second-quarter results, posting revenue of $7.4 million, compared to consensus of $4.7 million. The analyst rates Zogenix shares a Buy, with a $28 price target, which implies an upside of 48% from current levels.

Yang noted, “Q2 was uneventful. Eyes are all on the initiation of ZX008. The catalysts we will track are: 1) filing for IND at the end of this month; 2) grant of fast track designation in Q1/2016; and 3) ZX008 Phase III read-out in H2/2016. While we believe the development of ZX008 will be the primary share mover in the next 1-2 years for ZGNX, additional incremental catalysts include: 1) signing of Relday licensing agreement; and 2) incremental data on ZX008 for other uses in addition to Dravet syndrome.”

Furthermore, “Estimated cash and cash equivalents as of August 10, is about $152 million which includes the net proceeds of $92.0 million received related to the recent public offering of 5.5 million shares. We believe the cash position is adequate to fund operations through several significant milestones, including the U.S. and European Phase 3 studies for ZX008 and potential regulatory approvals in the U.S. and Europe for ZX008.”

According to TipRanks.com, which measures analysts’ and bloggers’ success rate based on how their calls perform, analyst Difei Yang has a total average return of 15.3% and a 54.7% success rate. Yang has a 63.8% average return when recommending ZGNX, and is ranked #289 out of 3731 analysts.

Out of the 4 analysts polled by TipRanks, 3 rate Zogenix stock a Buy, while 1 rates the stock a Hold. With a downside potential of 85.0%, the stock’s consensus target price stands at $2.83. 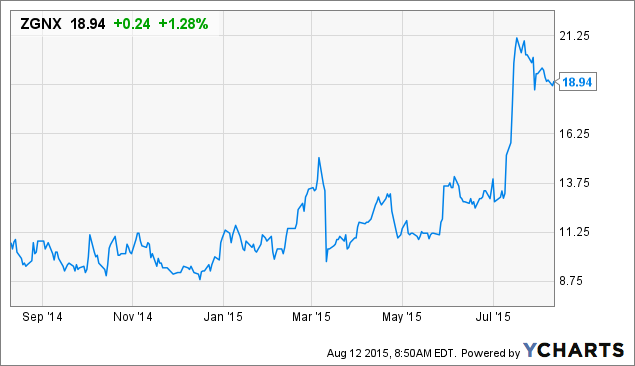