Brean Capital analyst Ananda Baruah weighed in today with a favorable report on Hewlett-Packard Company (NYSE:HPQ), following yesterday’s announced acquisition of Aruba for $3B. The analyst reiterated a Buy rating on the stock with a $45 price target, which implies an upside of 29% from current levels.

Baruah commented: “We view the acquisition positively for HPQ, given: 1) Aruba’s Networking offering would be a strategic addition to HP’s Enterprise offering, given the importance of Mobile and Secure Networking in the Enterprise, 2) Aruba would be accretive to EPS within the first full year following deal close – and we estimate “normalized accretion” of ~$0.08-$0.10, 3) Aruba’s Revenue growth profile (~15% Y/Y Revenue growth) would favorably impact the “Hewlett Packard Enterprise” company growth profile by perhaps ~20-30 bps overall, 4) the net acquisition amount of $2.7B should not at all impact HP’s ability to deliver on its capital return program, given the company’s solid Gross Cash balance of $12.9B (~$10B after acquisition). We continue to view HP’s upcoming split announcement as stock-positive, particularly at current levels, which we believe represents an attractive buying opportunity.” 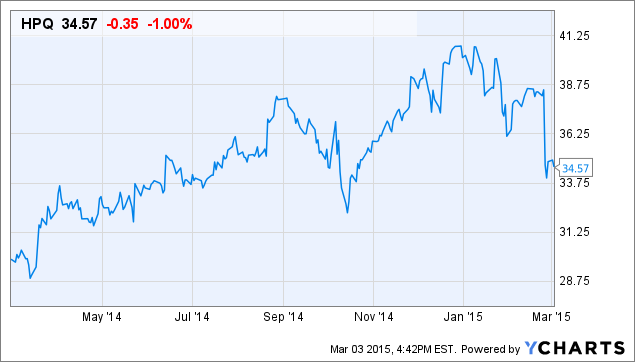