In a research report released today, Brean Capital analyst Jonathan Aschoff reiterated a Buy rating on shares of Incyte Corporation (NASDAQ:INCY) with a price target of $119, following the news that the company has entered into a license and collaboration agreement with Jiangsu Hengrui Medicine Co. regarding SHR-1210, a late preclinical stage anti-PD-1 monoclonal antibody.

Aschoff stated, “The new deal complements Incyte’s 2Q14 agreement with BMY, in which Incyte is combining its IDO inhibitor with BMY’s anti-PD-1 (nivolumab), and its deal with Merck with anti-PD-1 pembrolizumab. The SHR-1210 collaboration adds another candidate to Incyte’s robust pipeline, as well as strengthens Incyte’s oncology focus.”

The analyst further noted, “We expect 2016 to be an exceptional year for clinical data from Incyte, with pivotal Phase 3 Jakafi data coming in metastatic pancreatic cancer and many other earlier-stage oncology trial readouts. With a rich and expanding pipeline and the clear contribution this year of PV to Jakafi sales, we view Incyte as a core biotechnology holding that will be positively impacted by significant clinical catalysts throughout 2016.” 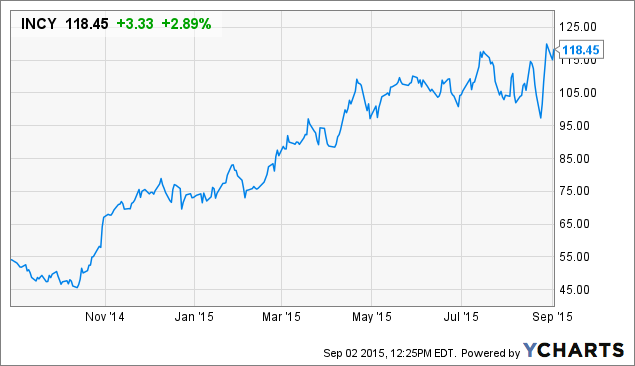