In a research report released Friday, Brean Capital analyst Jonathan Aschoff reiterated a Buy rating on shares of Neuralstem, Inc. (NASDAQ:CUR), while slashing the price target to $4.00 (from $8.00), which still implies a huge upside of 1805% from current levels.

Aschoff  noted, “We acknowledge that our prior $8 target price appeared a bit aggressive and as such we are assuming a more conservative stance in our valuation, particularly regarding NSI-566, and have lowered our target price to $4.”

In addition, Neuralstem ended the second quarter with about $11.1 million in cash. The decrease in SG&A expense is largely due to reductions in compensation expenses under a cost saving plan. Aschoff believes that the cost saving plan underscores new management’s dedication to seeing the pipeline through.

Neuralstem continues to enroll patients into the multi-site Phase 2 trial with NSI-189 for major depressive disorder, which was initiated in May, and results are expected to be released in 2H17. 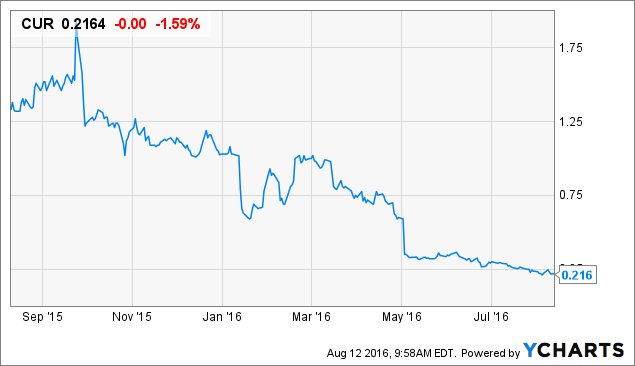