In a research report sent to investors today, Brean Capital analyst Lucas Pipes maintained a Hold rating on Peabody Energy (NYSE:BTU), and lowered his fair value estimate to $6 (from $7), driven by a softer outlook for the U.S. domestic business.

Pipes commented: “Yesterday, Peabody Energy reported a Q4 beat but guidance that was mostly in line with our (below consensus) estimates. 2015 Australian costs per ton are guided down 2%-4% (not by more due to two additional longwall moves vs. 2014 and prior FX hedges) and U.S. margins could be slightly pressured with revenues and costs per ton declining by 2%-4% YoY. Peabody is trimming capex further in 2015 YoY and cut the dividend to 0.25 cents per quarter from 8.5 cents previously.”

“We believe this measure to conserve liquidity is prudent. Capex reductions as well as LBA and VEBA payments coming off by 2016-end were highlighted as the company continues to move through pricing headwinds. Peabody emphasized possible 2016 benefits of $250+ million from current forward FX and fuel rates on a larger unhedged position than included in our model.” 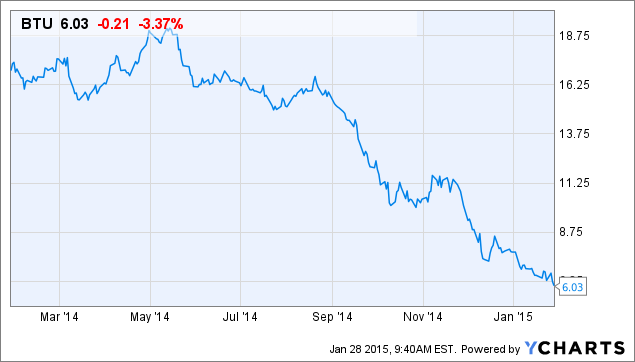