In a research report issued today, Brean Capital analyst Ananda Baruah maintained a Buy rating on Apple Inc. (NASDAQ:AAPL) with a price target of $170.00, which implies an upside of 33% from current levels. The report came in response to the World Wide Developers Conference (WWDC), which included highlights about Beats1 Radio, WatchOS2, and new Apple Pay features.

Baruah said, “We particularly liked that 1) AAPL has managed to combine the features of Soundcloud, Ping, Spotify, and Pandora into a single app, 2) that just 6 weeks after Watch availability AAPL is already coming out with serious enhancements, including app logic on the watch itself, compared to keeping it on the Phone; huge for creating new watch applications, and 3) Apple Pay coming to the UK, and importantly now honoring retailer credit cards and loyalty cards.”

The analyst added, “We love that just 6 weeks post availability that AAPL is already coming out with serious enhancements to the watch. Importantly, app logic can now run on the watch itself, compared to keeping it on the Phone. That will be big moving forward in creating new applications for the watch.” 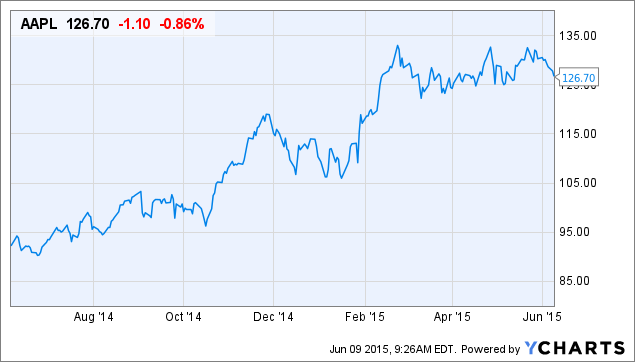