Brean Capital: Repros Therapeutics (RPRX) Has 429% Upside Ahead of Androxal

In a research report released today, Brean Capital analyst Jonathan Aschoff reiterated a Buy rating on shares of Repros Therapeutics Inc (NASDAQ:RPRX) with a price target of $41, which represents a potential upside of 429% from where the stock is currently trading. The report comes after the company released its second-quarter update this morning. The analyst believes that Repros’ valuation is ‘far too low’ based on the potential of Androxal, the Company’s leading drug designed for the treatment of secondary hypogonadism.

Aschoff expressed his bullish conviction about Repros, noting, “Androxal will be reviewed by an AdComm of the FDA’s Division of Bone, Reproductive and Urologic Products on November 3, 2015. The PDUFA date for Androxal is November 30, 2015. We do not believe that the AdComm has any valid reason to reject Androxal, given the clear demonstration of efficacy in four Phase 3 efficacy trials and a differentiated safety profile versus exogenous testosterone (TRT) in over 20 trials. Androxal has not only proven itself to be at least as effective as TRT, but affords a patient no negative impact to fertility as well as no negative impact to endogenous testosterone production.”

“Repros ended 2Q15 with about $32 million in cash and equivalents, which should be sufficient to support its operations to mid-2016. “, the analyst added,

Out of the 5 analysts polled by TipRanks, 4 rate Repros Therapeutics stock a Buy, while 1 rates the stock a Hold. With a return potential of 266.1%, the stock’s consensus target price stands at $28.40. 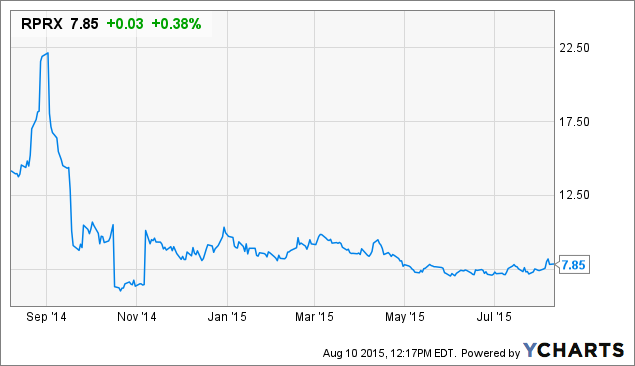