In a research report published today, Brean Capital analyst Jonathan Aschoff reiterated a Buy rating on Merrimack Pharmaceuticals Inc. (NASDAQ:MACK) with a $16 price target, as the timing for the company’s MM-398 NDA submission was postponed to late 1Q15/early 2Q15 from 4Q14 due to the FDA requested CMC items.

Aschoff wrote, “The FDA request was to raise the specifications on a quality assay so that MM-398 meets the specifications, and we believe this would only involve administrative work since the assay has already been developed, and that the updated timing for NDA submission will be met. Merrimack will apply for Priority Review, which is fairly common for pancreatic cancer. The timing for global filings by Baxter should remain unchanged by the FDA request. Merrimack will present updated data from the NAPOLI-1 trial with MM-398 at ASCO GI in January 2015, including per protocol response data. Earlier this year, Merrimack regained worldwide rights to MM-121 from Sanofi, and described new partnership discussions for MM-121 as robust, giving us confidence that MM-121 may likely be re-partnered, thus serving as a key investment catalyst for the company.” 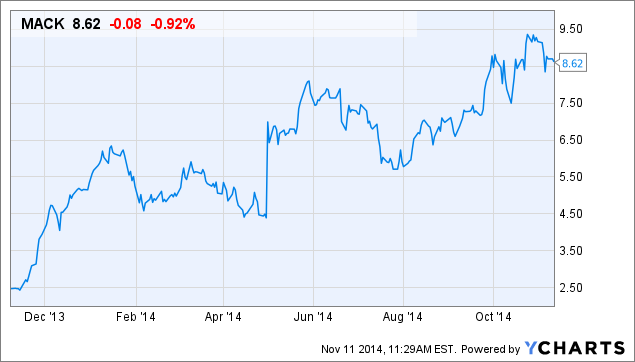