Jiang observed, “After delivering profitability for five consecutive quarters, the company incurred a loss in 1Q15 due to stepped-up investments for new strategic initiatives, specifically mobile and digital content. While we are positive on DANG’s investment in new initiatives to capture long-term growth opportunities, we remain cautious on the company’s overall outlook in 2015 given 1) deceleration of its Marketplace business; 2) a declining gross margin outlook; and 3) operating margins under pressure from the stepped-up investment.”

Furthermore, “We believe ecommerce remains a highly competitive industry, and given DANG’s smaller size, the company is still facing headwinds in market positioning and attaining significant scale. We maintain a Hold rating on the name. We could become incrementally more positive if DANG could show improving earnings outlook in the coming quarters.”

According to TipRanks.com, which measures analysts’ and bloggers’ success rate based on how their calls perform, analyst Fawne Jiang has a total average return of 6.6% and a 55.3% success rate. Jiang is ranked #906 out of 3610 analysts. 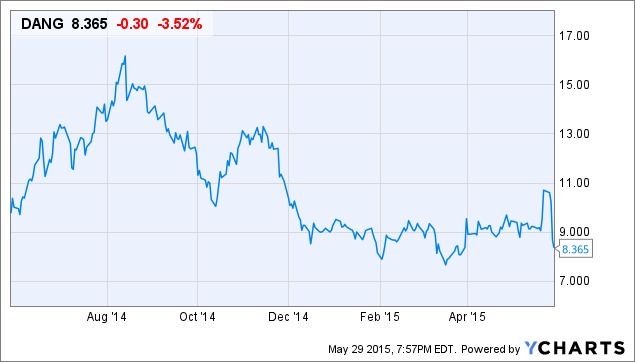