Brean Capital’s healthcare analyst Jonathan Aschoff  weighed in with a negative view on Rockwell Medical Inc (NASDAQ:RMTI), reiterating a Sell rating on the stock, with a $4.00 price target, which represents a potential downside of 74% from where the stock is currently trading.

Aschoff explained his bearish conviction, noting, “Rockwell still plans to launch Triferic in mid-2015, but has not yet determined pricing or started pilot programs. We expect dismal commercial uptake for Triferic.” Furthermore, “Recall that Triferic was tested in a Phase 3 trial against a control group that has nothing to do with a dialysis center’s activities and thus has yielded data that are both uninterpretable and uninformative to care givers. Triferic is just a substitute for IV iron and is not justified to command premium pricing to IV iron. As an IV drug without ESA sparing benefits, Triferic will not improve dialysis center margins, and dialysis centers have already shown that their choice of drugs under bundled reimbursement is in large part driven by economics.”

“Rockwell still plans to launch generic Calcitriol also in mid-2015 (also not launched yet). We believe that generic IV Calcitriol will not add meaningful value to Rockwell, since IV Calcitriol will be subject to bundled reimbursement and that oral Calcitriol has been approved for many years, is inexpensive and widely available, and that there are several far larger competitors.”, the analyst added. 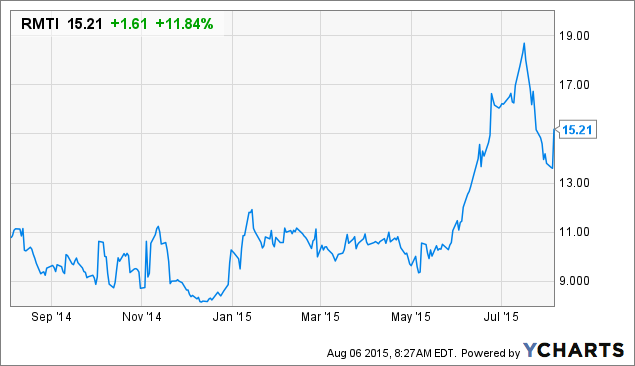