In a research report issued today, Brean Capital analyst Jonathan Aschoff reiterated a Buy rating on WaferGen Bio-systems, Inc. (NASDAQ:WGBS) with a price target of $11.00, after the company reported that it has produced positive results in a study aimed at validating the utility of its SmartChipTM technology for isolating and studying single cells via Next-Generation Sequencing.

Aschoff stated, “We believe results from this proof-ofconcept study suggest that SmartChip, with its high throughout and efficiency, along with the multisample nanodispenser, which can dispense volumes as low as 40nl, have great potential in single cell genomics and precision medicine. At its maximum capacity, SmartChip is able to produce more than 4,000 single cells for analysis, representing a 50-fold increase in the production of single cells per chip, but only at a fraction of the current per cell cost. WaferGen plans to launch an Early Access Program for its SmartChip technology in 2Q15 and launch commercially in 2H15.” 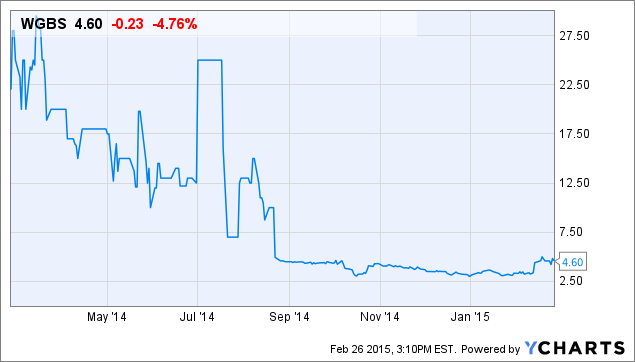