Aschoff noted, “No new safety signals were identified with long-term treatment with Androxal, including no evidence of negative effects on bone mineral density. Also, 79.3% of Androxal-treated men had normal morning testosterone after 12 months of treatment. SAEs appeared to be not Androxal-related. Safety data in ZA303 were consistent with previous trials and Repros reported no new safety signals from ZA303. Of all 317 patients, 5 Androxal-treated patients reported a SAE. One patient had deep vein thrombosis, but that event was secondary to knee replacement. The other cases involved hospitalization for kidney stone, gall stone, perforated appendix, and a hand injury. We look forward to Repros’ Analyst Day on October 31 and its Type C guidance meeting with the FDA in the first half of November to understand the FDA’s stance on the NDA for Androxal. Should the FDA provide no new advice in the meeting, Repros will file an NDA for Androxal around YE14 that includes safety data from ZA303.” 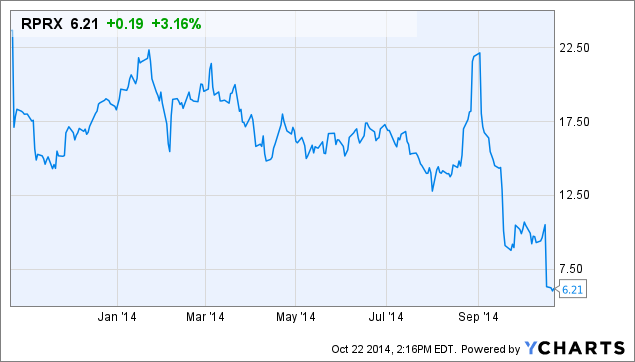