In a research report released today, Brean Capital analyst Jonathan Aschoff maintained a Buy rating on Celldex Therapeutics, Inc. (NASDAQ:CLDX) with a price target of $35, after the company’s investigational immunotherapy Rintega was recently granted Breakthrough Designation by the FDA for EGFRvIII positive GBM. Additionally, the company today released its fourth-quarter results, posting EPS of $(0.36), which is in line with consensus estimate of $(0.35).

Furthermore, “Celldex ended 4Q14 with a healthy $201 million in cash and investments, which should be sufficient to support operations and clinical development through 2016, assuming a full approval for Rintega based on Phase 3 ACT IV data. Potential accelerated approvals would entail larger-than-expected SG&A expense and therefore a much higher cash burn over this period. Net cash burn in 4Q14 was $23 million, and as of December 31, 2014, Celldex had 90 million shares outstanding.” 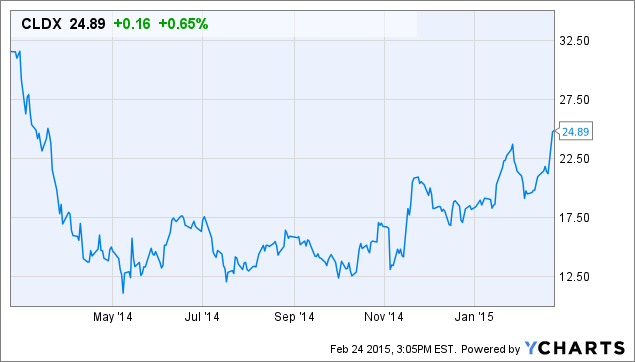