Brean Capital analyst Jonathan Aschoff reiterated a Buy rating on Tetraphase Pharmaceuticals (NASDAQ:TTPH) with a $23 price target, which (surprisingly) represents a slight downside from current levels. The report follows the release of the recent quarter results.

Aschoff noted, “Tetraphase ended 3Q14 with $56 million in cash and equivalents, but added $81 million in net proceeds from a public offering of common shares in October 2014. Tetraphase’s current cash on hand should be sufficient to support its operations, including pre-commercialization activities for eravacycline, through at least 3Q16. 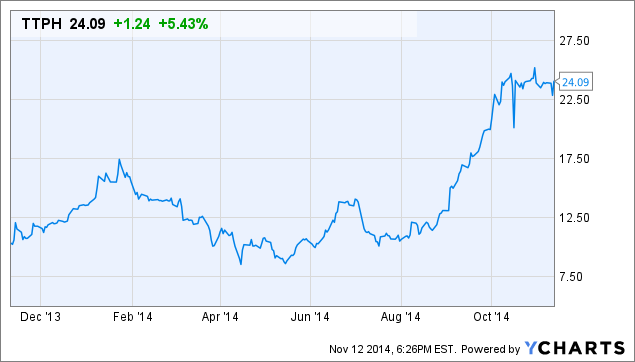