In a research report issued today, Brean Capital analyst Jonathan Aschoff reiterated a Buy rating on Regeneron Pharmaceuticals (NASDAQ:REGN) and slightly raised his price target to $390 (from $380), after positive results from the company’s four of the several ongoing ODESSEY trials of alirocumab for hypercholesterolemia were presented at the ESC Congress.

Aschoff noted, “We anticipate US approval in mid-2015 with the potential Priority Review status for the alirocumab filing. Initial adoption will be easiest in HeFH patients and patients with statin intolerance, in our view, but we would expect such strong results to ultimately lead to broader use. Four additional ODYSSEY trials (CHOICE I, CHOICE II, OLE, and OUTCOMES) will readout primary endpoints in 2015 and beyond. Given the strong efficacy on top of already substantial lipid-lowering regimens, as well as a clean safety profile, we incrementally raise our target price because we already have modeled in fairly robust sales.” 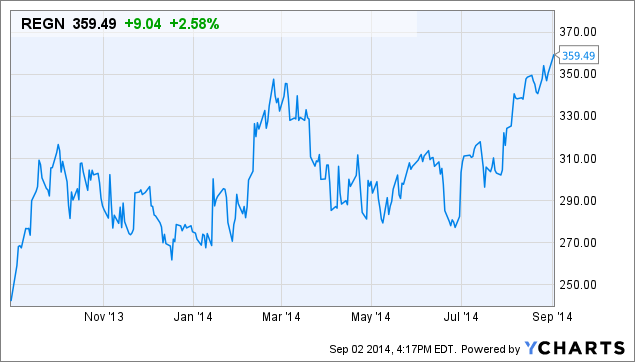