Yang wrote, “Pernix’s Zohydro ER being removed from Express Scripts’ exclusion list is a major positive for 2016, in our view. We believe it removes a major hurdle that has been hurting Zohydro ER’s uptake curve. Our expectation for Q2 revenue is low. However, it appears that the low expectation has been priced into the shares.” Furthermore, “Please recall Zohydro ER was on the 2015 Express Scripts exclusion list. We believe the approval of Zohydro ER with BeadTek earlier this year, which is an abuse-deterrent formulation, could have prompted the change.”

According to TipRanks.com, which measures analysts’ and bloggers’ success rate based on how their calls perform, analyst Difei Yang has a total average return of 23.7% and a 55.3% success rate. Yang has a -9.7% average return when recommending PTX, and is ranked #154 out of 3724 analysts.

Out of the 3 analysts polled by TipRanks, 2 rate Pernix Therapeutics stock a Buy, while 1 rates the stock a Hold. With a return potential of 125.1%, the stock’s consensus target price stands at $11.17. 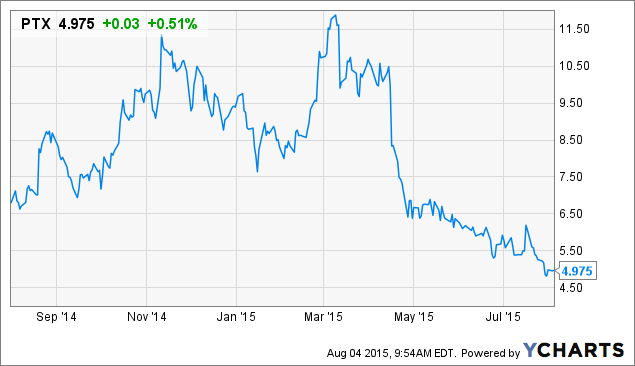