In a research report issued today, Brean Capital analyst Jonathan Aschoff reiterated a Buy rating on NPS Pharmaceuticals (NASDAQ:NPSP) with a $41 price target. The report follows Friday’s news that an FDA advisory panel had voted 8-5 in favor of approval for the company’s Natpara for the treatment of hypoparathyroidism.

Aschoff wrote, “Despite the mixed opinion from the panelists, we expect FDA approval for Natpara in high-severity hypoparathyroidism patients with post-marketing safety monitoring and a registry for osteosarcoma. The PDUFA date is October 24, 2014, and Natpara should be available in a few weeks with formal launch in January 2015. We believe that the osteosarcoma cases in rats given Natpara are not negligible and that similar post-marketing surveillance and a patient registry for osteosarcoma (like Forteo has) is likely to be required. The high compliance rate with Natpara in clinical trials (only 35 of 14,000 doses were missed) suggests that patients like Natpara despite its subcutaneous administration versus the oral administration for calcium and vitamin D. We note that four different QD doses were filed with the BLA of Natpara, 25, 50, 75, and 100mg, which should allow for a useful dosing flexibility.” 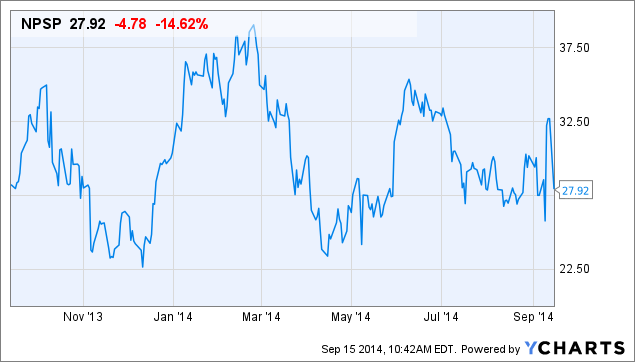