In a research report published Tuesday, Brean Capital analyst Jonathan Aschoff reiterated a Buy rating on shares of Medivation Inc (NASDAQ:MDVN) with a price target of $142, after the pharmaceutical company announced the acquisition of worldwide rights to BioMarin’s talazoparib, a highly-potent PARP inhibitor under investigation for the treatment of multiple types of tumors, including breast and prostate cancer.

Aschoff observed, “We believe this acquisition fits well with Medivation’s existing breast and prostate cancer pipeline and its current commercial presence in prostate cancer. The acquisition is expected to close by YE15 and we believe that diversification with an arguably low risk, late-stage asset will add to the company’s appeal. Medivation released multiple Phase 2 positive top-line results earlier this year with Xtandi, and it has several other late-stage clinical trials with Xtandi for breast cancer either fully enrolled or actively enrolling.”

“Medivation ended 2Q15 with $497.5 million in cash, and given its profitability could fund it all with cash on hand, even with the added expense of talazoparib until it is accretive to earnings, sometime after our projected 2018 launch. Medivation may have to pay up to $160 million in developmental and commercial milestones, as well as mid-single digit royalties on sales of talazoparib,” the analyst continued.

Out of the 17 analysts polled by TipRanks, 13 rate Medivation stock a Buy, while 4 rate the stock a Hold. With a return potential of 49.5%, the stock’s consensus target price stands at $130.76. 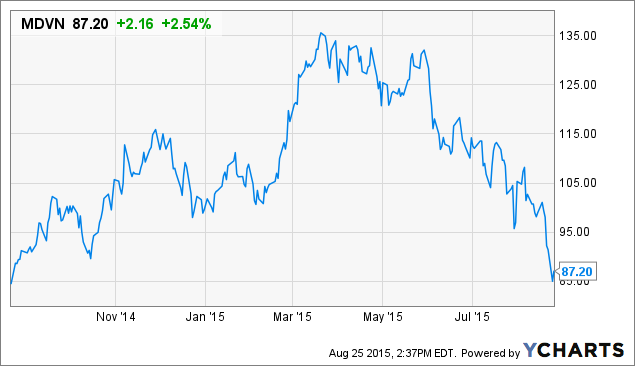