Aschoff wrote, “The impressive OS and PFS data from the Phase 3 PREVAIL trial were included in the extended label, showing that Xtandi reduced the risk of radiographic progression or death by 83% compared to placebo (p<0.0001) as well as the risk of death by 29% compared to placebo (p<0.0001) despite the more prevalent use of subsequent drugs known to extend the OS and PFS in the placebo arm. Xtandi is the first drug that demonstrated statistically significant OS and PFS benefits for both pre-chemo and post-chemo CRPC, and along with a highly favorable safety profile and convenient administration, we view the drug to be clinically differentiated and a benefit for urologist because they will be able to keep their patients for longer, given the long delay to chemo initiation. Also included in the label was the 17-month delay to the initiation of chemotherapy with Xtandi (HR=0.35, p<0.0001), a quality of life benefit that we believe would differentiate Xtandi from Zytiga in the pre-chemo setting. Since about 3/4 of the Xtandi treated patients were still alive at interim, Medivation will conduct a final analysis when reaching 765 deaths to better examine median survival with Xtandi.” 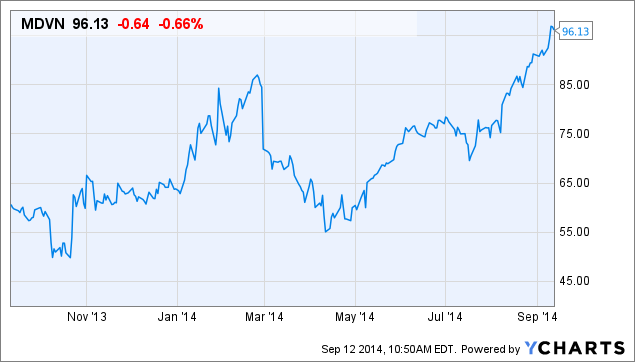