In a research report released Tuesday, Brean Capital analyst Jonathan Aschoff reiterated a Buy rating on IntelliPharmaCeutics Intl Inc (USA) (NASDAQ:IPCI) with an $8.00 price target, after the company provided its first-quarter business update. Shares of IntelliPharmaCeutics closed today at $274.68, up $5.01 or 1.79%.

Aschoff wrote, “We note that 1Q is seasonally light due to generics companies trying to make their year in 4Q and with Intellipharmaceutics’ FY1Q15 being comprised of December through February, the net result of strong December and weak January/February shipments led to the lower revenue. Total revenue over FY1Q15 came exclusively from licensing revenue from Par for commercial sales of 15 and 30mg generic Focalin XR and additionally in FY1Q15, Intellipharmaceutics faced four generic competitors for 15mg Focalin XR.”

“Intellipharmaceutics ended FY1Q15 with cash of $4.2 million, same as 3 months prior, which should fund operations into mid-2015, and despite $10 million remaining on its ATM, we expect some combination of capital raise and nondilutive partnership funding to cover Phase 3 costs.”, the analyst added. 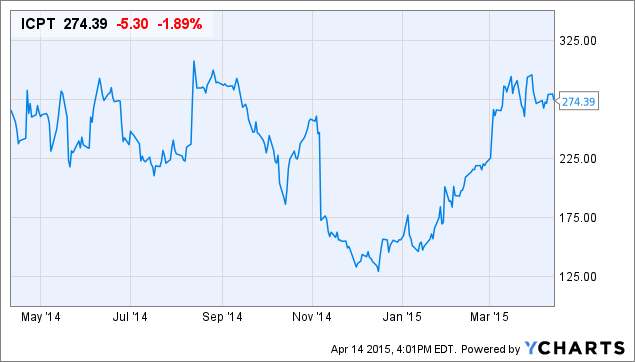