Inovio Pharmaceuticals Inc (NASDAQ:INO) shares popped 25.12% to $8.12, after the company announced it had entered into an strategic cancer vaccine collaboration and license agreement with MedImmune, the research and development segment of AstraZeneca. In the terms of the agreement, MedImmune will gain exclusive rights to INO-3312 and INO-3113. Both are pipeline therapies aimed at treating specific forms of HPV. MedImmune will pay Inovio $27.5 million upfront with potential for future milestone payments to total $700 million.

In reaction, Brean Capital analyst Jonathan Aschoff reiterated a Buy rating on shares of Inovio Pharmaceuticals Inc, with a $20 price target, which implies an upside of 148% from current levels.

Aschoff noted, “The $700 million in potential milestones encompasses all 3 licensed programs. Inovio ended 2Q15 with $154.6 million in cash, which should be sufficient to support its operations through the end of 2018—importantly, including the $80 million in costs associated with a potential Phase 3 trial of VGX-3100. Given the cash burn rate and new trials, and current cash of $182 mil (2Q15 plus $27.5 million from MedImmune), we believe the projection of having cash through YE18 must include the projected receipt of early milestones. VGX-3100 should still start Phase 3 in early 2016.”

All the 4 analysts polled by TipRanks rate Inovio Pharmaceuticals stock a Buy. With a return potential of 135.7%, the stock’s consensus target price stands at $19. 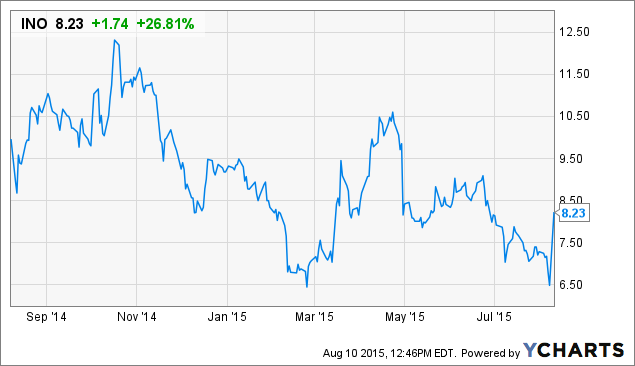