In a research report issued today, Brean Capital analyst Tom Forte reiterated a Buy rating on Groupon Inc (NASDAQ:GRPN) after the company’s sale of Ticket Monster which removed some of the uncertainty coming from their first quarter results and opened up a buying opportunity. The analyst issued a price target of $11, implying an upside of 57% from current levels. Shares of Groupon are currently trading at $6.96, down $0.04, or -0.64%

Furthermore, “Some investors seem to believe that guidance suggests Groupon’s core business has deteriorated since February, when it first provided the full-year outlook. We do not see things that way, because if that were the case, then GRPN would have lowered its full-year adjusted EBITDA outlook when it updated guidance.” 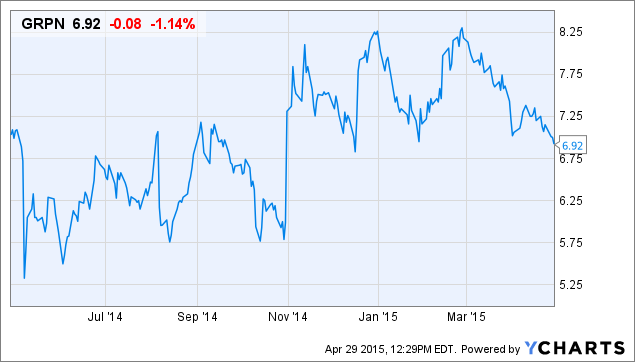