In a research report released Thursday, Brean Capital analyst Tom Forte reiterated a Buy rating on Groupon Inc (NASDAQ:GRPN) with a price target of $11.00, which implies an upside of 79% from current levels. The report came in response to the company’s announcement of a number of management changes, and an increase in its repurchase plan. Shares of GRPN are currently trading at $6.15, up $0.12, or 1.99%.

Forte observed, “Rich Williams was promoted to COO from President of North America. Jason Child, Groupon’s CFO, will be leaving the company in late July 2015 to join Jawbone (private) as its CFO. Brian Kayman, VP of Tax and Treasury, was named interim CFO (effective immediately) until Groupon finds a permanent replacement.”

“We believe Mr. Williams performed well as its President of North America and anticipate he will make strong contributions to the company as its new COO.” Further, “While sorry to see Mr. Child leave Groupon, because we believe he performed admirably during an important and challenging period of its history (including its November 2011 IPO), we are confident the company will find an able permanent replacement. We are encouraged by the reiteration of guidance and the increase in the repurchase plan is a positive as if should help bolster the stock.” 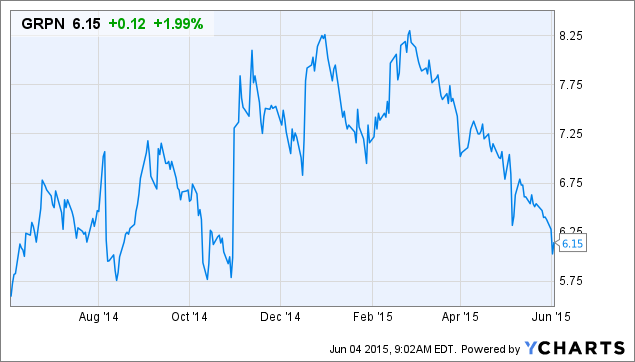