In a research report published Monday, Brean Capital analyst Jonathan Aschoff maintained a Buy rating on shares of Cytosorbents Corp (NASDAQ:CTSO) with a $25 price target, after the company released its second-quarter results, posting revenue and EPS of approximately $1 million and $0.05, respectively, beating consensus of $0.9 million and $(0.11).

“CytoSorbents ended 2Q15 with $11.2 million in cash and investments, including net proceeds of $9.4 million from a registered stock offering in January 2015, to fund its planned pivotal trials in the US and Germany and expand its production capacity. We expect the company to have sufficient cash to support its operations into 2016,” the analyst added. 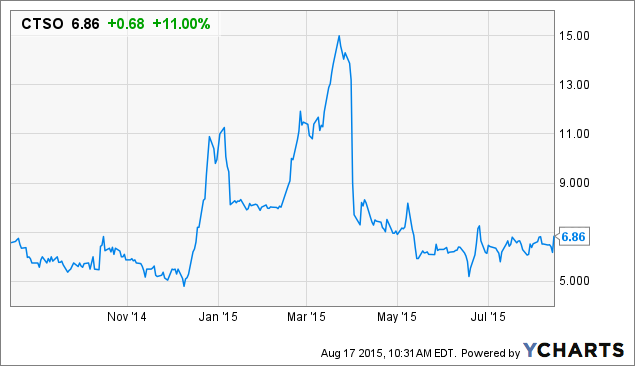