Yang noted, “The pre-treatment data suggested that the underlying mechanisms of action relevant to emricasan were active and post-orthotopic liver transplant (POLT) subjects who have fibrosis or cirrhosis due to HCV and achieved sustained viral response are an appropriate patient population in which to evaluate potential treatment effects of emricasan.”

Bottom line: “We view the pre-treatment data on POLT patients a small positive step in the right direction, and we look for the following catalysts to potentially move the shares: 1) Emricasan is expected to have Phase II top-line read out on portal hypertension in Q3 2015, and 2) Phase II cirrhosis read out is anticipated in Q4 2015. We view the current setup as multiple shots on goal. If one trial turns out positive, Conatus shares could reach our target price of $13.”

According to TipRanks.com, which measures analysts’ and bloggers’ success rate based on how their calls perform, analyst Difei Yang has a total average return of 19.7% and a 67.7% success rate. Yang has a -13.1% average return when recommending CNAT, and is ranked #182 out of 3683 analysts. 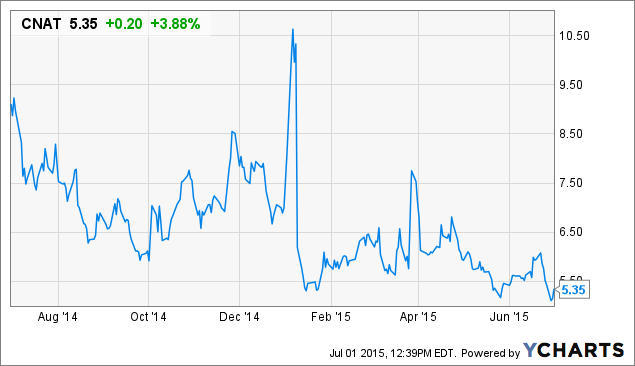