Yang noted, “Despite the many unknowns remaining, we are incrementally confident that Rocket 2 would have a better chance in succeeding. The road to the ultimate FDA approval on Rhopressa may be delayed by two to three quarters, but it’s too early to give up on Rhopressa and the company. We believe the weakness since last week’s announcement created strong buying opportunities.”

Furthermore, “While we are disappointed that Rocket 1 did not meet its primary endpoint, we clearly observed efficacy signals which are directionally correlated with the Phase IIb data. In particular, the endpoints are objective measurements which are less likely being influenced by the placebo effects. Failure of one trial is not indicative the ultimate success of a molecule. In the history of drug development, there are many examples of early unexpected failures eventually leading to approvable drugs. We believe what it takes is a bit more patience and persistence.”

According to TipRanks.com, which measures analysts’ and bloggers’ success rate based on how their calls perform, analyst Difei Yang has a total average return of 11.1% and a 60.0% success rate. Yang has a -47.0% average return when recommending AERI, and is ranked #725 out of 3587 analysts. 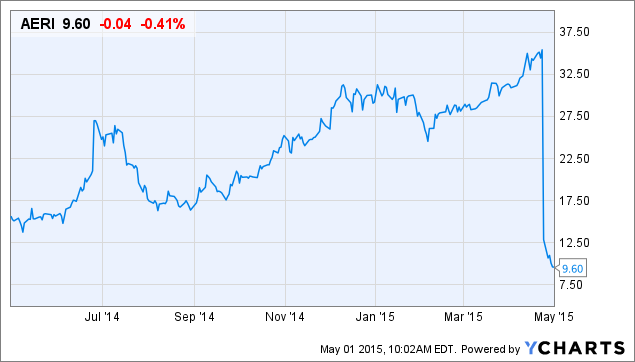