Brean Capital’s healthcare analyst Jonathan Aschoff weighed in today with a few insights on Neuralstem, Inc. (NYSE MKT:CUR), after the company released its fourth-quarter results and provided an update on its pipeline.

The analyst rates the stock a Buy with an $8 price target, which represents a potential upside of 238% from where the stock is currently trading.

Aschoff noted, “We believe that at the current valuation, there is almost nothing for any NSI-566 program and thus no one is paying now for last week’s poorly received ALS results. We believe that interest in the ALS program will increase once the results are presented in detail by a KOL, and thus view the current valuation as conservative. We understand the financial overhang argument as well, given the clinical trial initiations projected for the rest of 2015, but think that too will pass.” 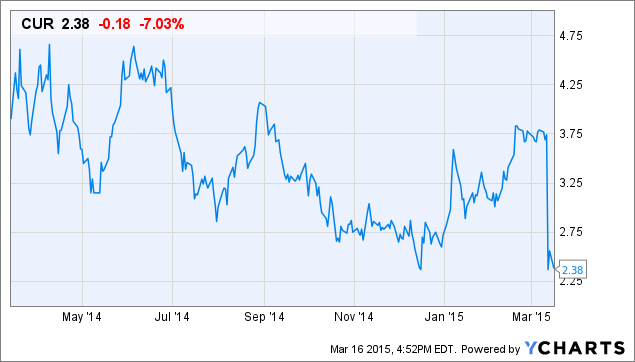