In a research report issued this morning, Brean Capital analyst Jonathan Aschoff reiterated a Buy rating on Keryx Biopharmaceuticals (NASDAQ:KERX) with a $26 price target, as the company is looking to issue approximately 9.17 million shares of its common stock at a price of $12 per share.

In the report, Aschoff noted, “Our added shares outstanding over 1H15 assume the exercise of the green shoe option, given the higher current price versus the offering price. We emphasize that the first couple of quarters for Auryxia sales will likely not at all be representative of the product’s potential, given that additional Medicare contractors are yet to come on board and our expectation that all contractors will ultimately cover the drug, in addition to the key private payors. There may be a learning curve early in Auryxia’s commercialization, but ultimately we project greater than $1 billion in annual global sales.”

The analyst added, “We project Keryx to have almost $150 million in cash at the end of 1Q15, enough to carry the company to profitability according to our projections, which again, assumes what we view to be a conservative revenue ramp until profitable.” 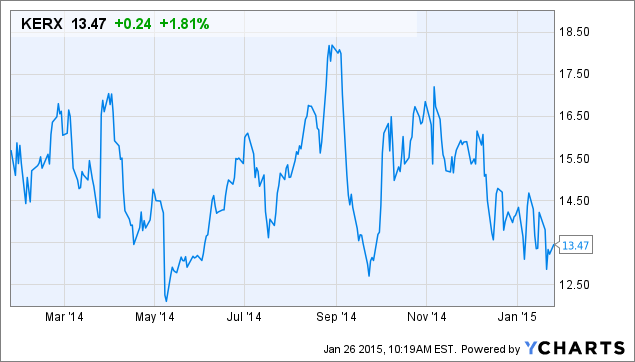