In a research report released on Monday, Brean Capital analyst Jonathan Aschoff reiterated a Buy rating on Inovio Pharmaceuticals Inc (NASDAQ:INO) with a $20 price target, after the company released its fourth-quarter results and provided an update on its pipeline. The company also revealed that the National Institute of Allergy and Infectious Disease has awarded the company a $16 million, five-year grant to broaden the number of HIV strains it’s researching for its Pennvax HIV vaccine program, sending shares up almost 20%.

Aschoff noted, “After the readout of 36-week Phase 2 data for VGX-3100 for cervical dysplasia in July 2014, Inovio is now awaiting the readout of 88-week Phase 2 data and then will conduct an end-of-Phase 2 meeting with the FDA in 2H15. We look forward to the publication of more detailed 36-week Phase 2 results, especially safety data and immunogenicity data hopefully showing overlap between immune response and clinical benefit.” Furthermore, “Inovio ended 4Q14 with $94 million of cash, enough to support its operations through YE17, excluding costs associated with a potential Phase 3 trial of VGX-3100.” 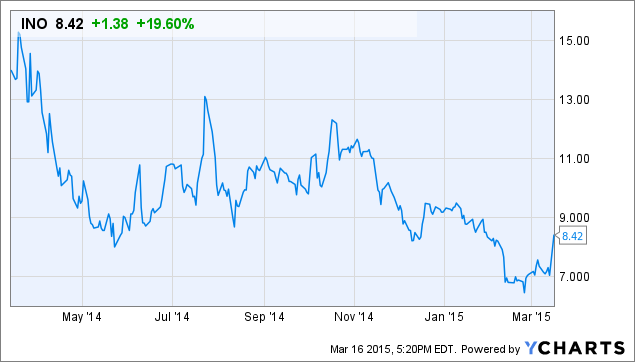