In a research report issued today, Brean Capital analyst Ananda Baruah reiterated a Buy rating on Hewlett-Packard Company (NYSE:HPQ) with a price target of $45, after the company reported fiscal first-quarter revenue that missed estimates and gave a lackluster earnings outlook for the current quarter.

Baruah explained, “Our long-term Buy thesis remains intact and we’d be accumulating as the stock pulls back after HP announced a greater-than-anticipated impact from FX in FY15 ($0.30 vs. our expectation of $0.15) and adjusted their FY15 EPS guidance to a mid-point of $3.63 (vs. Street of $3.95). Structurally, not much changes as HP continues to believe FY15 revenue growth comes in at 0% (net positive), capital return remains unchanged (at >50% of FCF including active share repurchase), normalized FCF in ’16 and beyond of at least $5.0B – $6.0B, and normalized EPS is $4.00 – $4.25 after adjusting for FX, which at 10.5-11x P/E (reasonable to inexpensive for a flat constant currency revenue grower in FY15) puts HP at our $45 TP.” 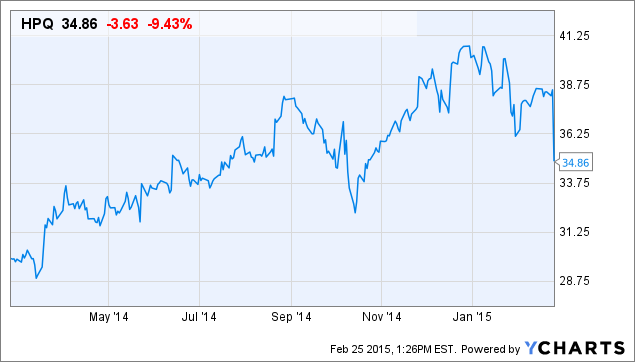