Brean Capital analyst Todd Mitchell weighed in today with a few insights on Take-Two Interactive (NASDAQ:TTWO), as the company reported fiscal fourth-quarter results, posting net revenue of $954 million and non-GAAP EPS of $1.87. The analyst reiterated a Buy rating and raised the price target to $35 (from $33) on the stock.

However, “Given the reluctance to provide any materially incremental visibility into F2016 and beyond, as well as our low expectations from the currently announced slate, we are not inclined to raise our terminal multiple. We are increasing our target price for shares of TTWO, but this is largely due to the large cash dividend to TakeTwo from higher-than-expected revenue in F2015. We are maintaining our Buy rating but would not be chasing the stock without further evidence of an expanded F2015/F2016 line-up.” 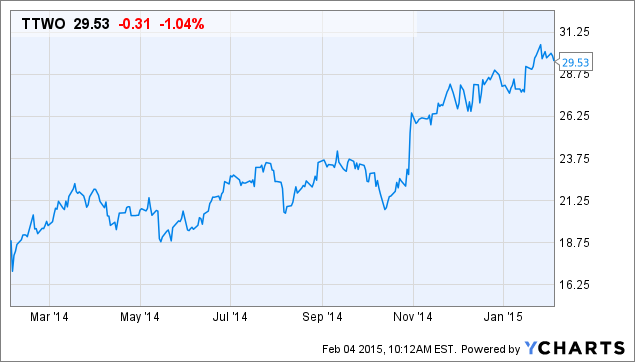 Take-Two (TTWO) Stock Is Under the Gun, But Oppenheimer Remains Bullish