In a research report sent to investors today, Brean Capital analyst Jonathan Aschoff maintained a Buy rating on Regeneron Pharmaceuticals (NASDAQ:REGN) and raised his price target to $450 (from $390), which represents a potential upside of 9% from where the stock is currently trading.

The analyst continued, “We anticipate US approval in mid-2015 with Priority Review status for the alirocumab filing. Four additional ODYSSEY trials will read out primary endpoints in 2015 and beyond. Given the strong efficacy on top of already substantial lipid lowering regimens, as well as a clean safety profile, we raise our target because we project approval and rapid adoption for alirocumab as incrementally likely.” 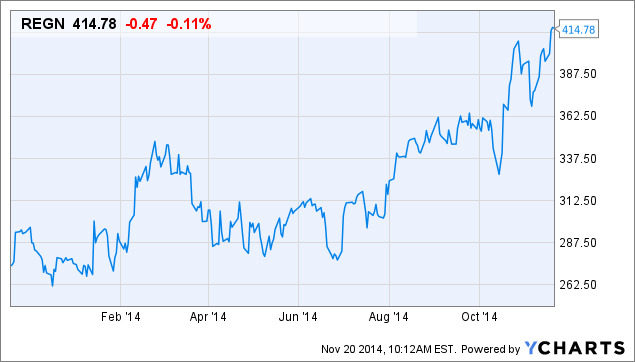