In a research report issued today, Brean Capital analyst Anne Shih downgraded Bitauto Hldg Ltd (ADR) (NYSE:BITA) from a Buy to a Hold after the company reported strong 4Q14 results. No price target was provided. After Bitauto’s 4Q report beat expectations, the company also announced the beginning of a wave of investments. Shih is optimistic about future growth but notes that the outlook resets margin baselines due to the new investments.

Shih is wary of “substantial margin contraction” in the future due to BITA’s increased spending on new initiatives and marketing campaigns. She acknowledges the company’s strong earnings report and lowered margins. The company’s new initiatives “should see rapid growth in 2015,” but will weigh on overall margins. Shih notes this is beneficial for BITA in the long term, but highlights significant margin contraction.

Shih concluded, “We expect BITA to face protracted margin pressure in 2015 as a result of it heavier investments in ecommerce (personnel, subsidies, and brand campaigns) and mobile.” 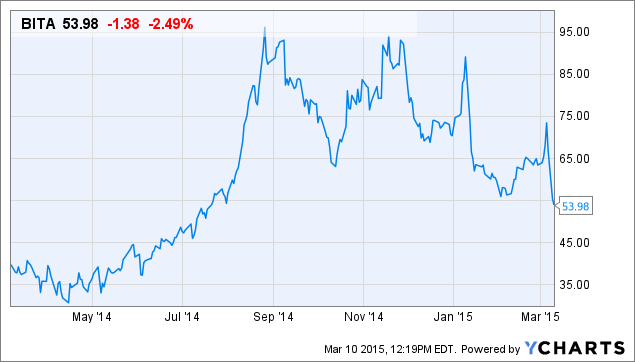 What to Expect from Bitauto Holdings Ltd (ADR) This Earnings Season: Brean Capital