Brean Capital analyst Mike Burton was out pounding the table on Qorvo Inc (NASDAQ:QRVO) Tuesday, reiterating a Buy rating and price target of $95, which represents a potential upside of 16% from where the stock is currently trading.

Burton wrote, “With the China OEMs beginning to pick up in mid-May, healthy late-cycle Apple demand, and MediaTek’s currently ramping LTE SoC platform, we are increasingly confident in QRVO’s revenue growth outlook for the June quarter and our estimates for the 2H. Looking out further, we continue to expect near-term RF TAM expansion due to Chinese and Korean OEM moves to support more bands, and longer term (the next 3 years) from inter-band CA Uplink and 3.5GHz+ band proliferation. In addition to the top-line growth propelled by some significant 4G platform ramps, we expect QRVO to see considerable leverage in both the COGS and OPEX lines.”

Out of the 9 analysts polled by TipRanks, 8 rate Qorvo stock a Buy, whereas only one rates the stock a Hold. With a downside potential of 2.3%, the stock’s consensus target price stands at $80.28. 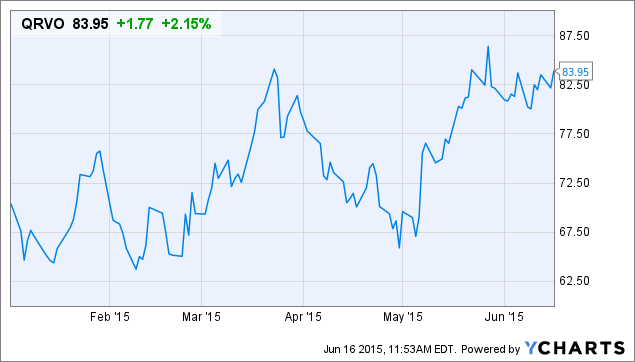